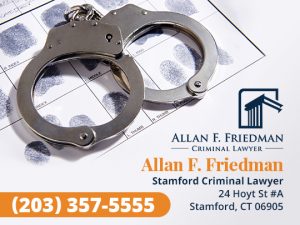 Many clients do not understand that an arrest for a DUI will result in two separate proceedings against them.   The first is a criminal case in the Superior Court.   Many first-time offenders may be eligible for the IDIP diversionary program, which can result in the dismissal of the criminal DUI charge.   However, regardless of the outcome in the Superior Court with the DUI allegation, the CT DMV will usually institute a separate administrative procedure to suspend your license. The DMV case is adjudicated in a separate administrative appeal by the DMV, not the court.

When you are arrested for a DUI, the arresting officer, in most cases, will ask you to perform a chemical test to determine if you are intoxicated.  It is challenging as you must decide quickly whether to take the chemical test.   Since 2014, Connecticut has gone to an all-offender interlock system in which all license suspensions from the DMV are for 45 days, followed by a period when an interlock device must be installed in the vehicle.

Every motorist who operates a motor vehicle in Connecticut is deemed to have consented to take a chemical test if a police officer establishes probable cause for a DUI arrest.  C.G.S. § 14-227b.   The police officer can request one of three tests – 1. a breath test, 2. a urine test, or 3. a blood test.   If you are requested to take a chemical test and refuse, you will be subject as a first-time offender to a 45-day license suspension and the requirement to install an ignition interlock device for one year.    If you take a chemical test and fail, you will be subject to the same 45-day suspension but a 6-month ignition interlock requirement.

In a criminal case – such as the charge of DUI C.G.S. § 14-227a – the State must prove you guilty beyond a reasonable doubt. You have a right to a trial by jury.   The rules of evidence apply.   You have the right to confront the witnesses and evidence against you.

If you file for a DMV administrative per se appeal of your license suspension, it is important to understand that these are administrative hearings.   Post-COVID, they are all conducted virtually – online.   There is no judge; rather a hearing officer will determine the facts and make a ruling.   The standard of evidence is lower than in a criminal case; the DMV only needs to prove that you failed a chemical test or refused a chemical test by the preponderance of the evidence.  You, as the plaintiff, have the burden to establish evidence sufficient to refute the DMV’s case.  Also, the rules of evidence are much more relaxed than in a criminal jury trial.

What Does the DMV Need to Establish to Suspend your License?

You were operating a motor vehicle

The first element of the case requires that you were operating a motor vehicle.   In many cases, this part of the case can become complicated.  For example, if you are sleeping in your car in a parking spot with the ignition on then you are deemed to be operating your motor vehicle – even though you were parked.  Our appellate courts have ruled that any action taken towards setting in motion the motive power of the vehicle is considered operating the motor vehicle.  Merely engaging the ignition, manipulating the gearshift, or releasing the parking brake would satisfy the requisite intent to set in motion the motive power of the vehicle.

There are some situations where you can win an appeal on the grounds of operating a motor vehicle.   For example, if you were operating your vehicle on a private lawn instead of a public highway, that would not constitute the operation of a motor vehicle.   Similarly, if the police officer finds you outside the vehicle and cannot determine how long ago you were operating the vehicle then that could be the basis for a successful appeal.

The police can’t just sit outside a bar and pull over cars randomly to find an intoxicated operator.  The only situation where they can do that is in the case of a properly noticed DUI checkpoint.  Otherwise, the officer must have found that the operator committed some moving violation, was involved in an accident or that third parties were reporting an erratic operation to have a legally valid DUI stop.

The police officer must have had probable cause (a meager evidentiary standard) that you were operating a motor vehicle under the influence in violation of C.G.S. § 14-227a.   This requires evidence such as the odor of alcohol, lack of coordination, bloodshot eyes, and often the failure of a field sobriety test.   While we are on the subject of field sobriety tests, you should never agree to submit to a field sobriety test.  It is a negatively scoring test, you don’t get any credit for things that you perform to standard, and the officer is the individual who makes the determination if you fail or pass the test.  In my 30 years of practicing law, I have seen many individuals accused of DUI, failed a chemical test, and later acquitted of DUI because they passed all forms of chemical testing.   In any event, a police officer MUST have probable cause for you committing the crime of DUI to subject you to a mandatory chemical test.

Failure or refusal of a chemical test

Finally, to have your license suspended, you must have either failed a chemical test or refused to take one.  The statute C.G.S. § 14-227b lays out all of the statutory requirements for administering a chemical test. If the police officer fails to properly follow the steps outlined in that statute, you can prevail in an appeal of your suspension.   Some of the most essential requirements are that the test must be conducted within a set period and that you must be advised of your rights to speak with an attorney before deciding whether or not to participate in a chemical test.   Also, in the case of a refusal, there must be a second police officer who signs as a witness of the refusal.

Your driver’s license is a very important privilege. The suspension of your license for a DUI can be a major inconvenience and cost you thousands of dollars in increased insurance premiums and fees for installing an interlock device.  Most importantly, when you are arrested for DUI you will receive a letter in the mail advising you of the pending suspension.  At that point, you usually only have a few days to request a hearing before the suspension goes into effect or request a work permit.

If you have been arrested for a DUI, feel free to reach out to us for a free consultation and case analysis.

Although it is often difficult to prevail at a DMV per se appeal, there have been dozens of cases where we were able to overturn a license suspension due to errors made my the arresting officer.