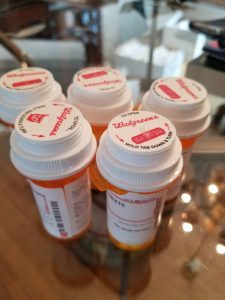 This week Governor Malloy for the third straight year signed into law legislation which he sponsored aimed at curbing the growing opioid crisis in Connecticut.   Although laws have been getting tougher on medical doctors and pharmacists in an attempt to stem the flow of new addicts getting hooked on prescription pain killers there seems to be a multitude of the population already hooked on these pills who responded to these new regulations and restrictions on obtaining their prescription pain pill fix by jumping to illegal opioids which have become more potent and less expensive.  Obviously, these legislative efforts and in addition all the arrests that Police are making on the streets are not working as the death rate is skyrocketing.  In 2012 there were approximately 250 drug overdose deaths in the State of Connecticut.  In 2017 despite all these efforts the death rate has increased 4 fold and we are on a track to break 1,000 drug overdose deaths in 2017.

The root cause of this phenomena is that the new legislation and pressure on doctors has made it more difficult for individuals who were hooked on prescription opioids such as oxycodone to get refills or maintain a supply through conventional means.   The price on the street for oxycodone has skyrocketed.  At the same time prices for heroine have decreased  dramatically and the purity has increased significantly.  These trends have combined to create a perfect storm wherein an entire generation of opioid users are shifting from abuse of prescription pills to use of illegally obtained heroin on the street.

Since 2000 with increasing frequency dealers have been cutting cocaine, heroin and fake oxycodone pills  with the extremely powerful and deadly fentanyl.  The motivation cam come from several reasons.  Fentanyl can be compounded from readily obtained chemicals.  It can then be used to increase the potency of weak cocaine or heroin increasing profits.  Some hard core addicts actually seek out fentanyl laced heroin and the dealers who supply it knowing full well the risks associated with the experimentation with fentanyl.

In the last few months there have been some weeks in which bad batches of cocaine or heroin laced with fentanyl have been distributed in Connecticut towns and within hours several people have turned up dead from overdoses.

Police departments and first responders are being issued overdose reversing drugs because so many people are dying from opioid related overdoses.

I am not a political or social scientist.  I am a Stamford criminal defense attorney.  I have been practicing criminal law for 25 years and I have noticed some trends.  The criminal justice system is often reactionary. The Police Chiefs, Judges, State’s Attorneys and Legislators don’t like reading front page articles in all the local newspapers about how the drug epidemic is being lost and how so many people are dying each week from drug overdoses.  In my opinion the natural response from the Police is going to be a tougher approach to narcotics arrests.   I will state this prediction anyone caught with possession or sale of fentanyl in this environment is going to have the book thrown at them and more.

Just last week they charged a local drug dealer with manslaughter who had sold a fatal dose of fentanyl laced heroin to an individual who overdosed the same day.  Sadly, for that drug dealer he was ignorant enough to not comprehend his Constitutional right to remain silent and insist upon having a Stamford criminal defense lawyer present before answering any questions and he made admissions that he sold the fatal dose to the deceased individual on the day he died.

Arrests are not the Answer to our Drug Problem

President Nixon announced the war on drugs back in 1970 and so far more than a trillion dollars has been spent arresting and incarcerating countless of millions of drug users throughout the United States.  The war is a total failure.  This year in 2017 we are on track to see drug overdoses become the leading cause of death for people under the age of 50 years old surpassing all other causes.  Arresting people, giving them criminal records and leading them down the road of  closing doors of future employment opportunities has not worked.

The solution is drug treatment and drug education.  As a society we need to address the drug problem with greater compassion and insight. Drug addicts are human beings who happen to be suffering from a medical disorder. No one was born into this world as a drug addict.   I believe that the criminal justice system is ill equipped to handle this epidemic. Our State needs to invest more resources into drug education and treatment resources.

If you or a loved one have been arrested for possession of narcotics, possession with intent to sell, operation of a drug factory or sale or distribution of narcotics contact the Law Offices of Allan F. Friedman today at 203.357.5555 for a free initial consultation to review your case.