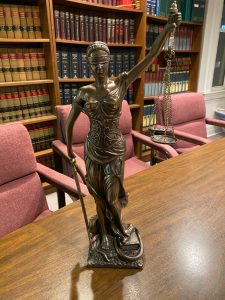 I am writing this blog article for two reasons. First, there is tremendous interest in the Jennifer Dulos case and I wanted to provide some useful information about the case.  Secondly, I wanted to use this case as a teaching example about how the crime of conspiracy is a powerful tool that the state uses to get convictions in situations where the state would otherwise never have enough evidence to get a conviction for the actual crime.  Often the state can get a conviction for conspiracy to commit a crime where it lacks the evidence to prove who actually committed the crime. Conspiracy is a powerful weapon that the state can employ to crack cases and get convictions and get co-defendants to start to cooperate with the state.  The threat of conspiracy charges is often used to get suspects to talk to investigators and provide useful information.  Anyone who is a subject in a conspiracy investigation should retain the services of an experienced criminal defense attorney and refuse to answer any questions.

Everyone knows that Fotis Dolus was charged with the murder of his estranged wife Jennifer Dulos.  Fotis Dulos committed suicide and we will never see him brought to trial.  Many people have commented on social media that this may prevent the prosecution of the co-conspirators.  This is not accurate.  The State does not need to have Fotis Dulos in order to prosecute and convict the co-conspirators.  In fact, if Fotis Dulos remained alive it would have been entirely possible for him to have been acquitted of the murder of Jennifer Dulos and the co-defendant’s to be convicted of conspiracy to commit her murder.  In this blog, we are going to have a brief discussion of the law of conspiracy and why conspiracy is often a much easier case for the state to prove than the crime itself.

While Fotis Dulos took his life and is no longer, the big drama show of his life remains. His co-defendants and alleged co-conspirators, former girlfriend  Michelle Troconis (hereinafter MT) and lawyer Kent Mawhiney (hereinafter KM) are still being prosecuted for conspiracy to commit murder (MY and KM) and tampering with evidence (MT).  This blog is not going to address the tampering with evidence allegations against MT.

The prosecution of a conspiracy case does not require that the state prove that the co-conspirators committed the actual crime.  Under Connecticut law, you can be convicted of conspiracy to commit a crime if you provide aide to the perpetrator of the crime. All that is required under the law for the state to prove a criminal conspiracy are 3 elements. 1. An agreement to provide aid in the commission of a crime or to act as a participant in some part of the planning of the crime. 2. A shared criminal intent with the other co-conspirators.  3.  Some overt act took in furtherance of the conspiracy.  It is important to understand that by “agreement” the law does not require a signed contract or formal commitment between the co-conspirators. An agreement can be inferred based upon the circumstances, actions, and relationship of the parties.  In this case, based upon the allegations contained in the arrest warrant there was no wiretap of the co-conspirators agreeing to plan the killing of Jennifer Dulos. There was no email, text message or letter which confirmed the plan to kill Jennifer Dulos and the roles of each co-conspirator.

However, each co-conspirator engaged in conduct which would seemingly be difficult to explain absent an agreement between the co-conspirators to plan to assist Fotis Dolus in committing the crime of murdering Jennifer Dulos.  The arrest warrant alleges that each co-conspirator – MT and KW – took overt actions in furtherance of the conspiracy.  (Aiding Fotis Dulos in covering up the murder of Jennifer Dulos).   I am going to keep this blog relatively short so I am not going to get into a long laundry list of all of the actions that the conspirators are alleged to have committed in this case.  For those who are curious, you can read a copy of the MT arrest warrant here.  For purposes of this blog it is sufficient to say that MT and KW are not alleged to have engaged in a single overt act in further of the continuance but in a series of multiple acts to aide the alledged killer Fotis Dulos in the commission of the murder.

It is important to understand that the arrest warrant states facts sufficient to prove the crime of conspiracy to commit the murder of Jennifer Dulos against MT and KW.  The State does not have to prove that Fotis Dulos actually killed Jennifer Dulos in order for co-conspirators to be convicted of the crime of conspiracy to commit murder.  Murder is a much harder case to prove.  There has been a multitude of reported cases where a defendant was acquitted of murder and convicted of conspiracy to commit murder.  This is why it is always more difficult to defend a case when it is alleged that you acted with co-conspirators as the state has a much easier time to get a conviction on a conspiracy charge.

The fact that the main suspect is acquitted has disappeared or is dead will not bar the state from prosecuting the co-defendants in a conspiracy trial.  The state often uses a charge of conspiracy when there are multiple suspects and the state has no way of knowing which suspect actually committed the crime.  Conspiracy can still be charged if the state has enough evidence to prove that each suspect intended to participate in the planning of the crime and took some overt act towards the commission of the crime. Thus, the fact that Fotis Dulos has committed suicide will not bar the prosecution of his two co-conspirators.  If you would like to drill down a little deeper on the law of conspiracy please read my article here.

Pursuant to Connecticut General Statutes § 53a-51,  the penalty for conviction of a criminal conspiracy is the same “grade and degree” as the crime which is the object of the conspiracy.  This means that generally, the penalty for conspiracy is the same as that of the actual crime.  In Connecticut, the statute creates an exception for  class A felonies of which murder is one.  A conspiracy to commit a murder or other class A felony is punishable as a class B felony.  This means that MT and KW face up to 20 years in jail for conspiracy to commit murder.  It should be noted that they each are facing additional unrelated charges.

It seems that MT’s former attorney was attempting to work out some sort of cooperation agreement with the state as MT had participated in multiple interviews with the state regarding the allegations of the offense.  Ironically, according to accounts in the media MT is claimed to have lied and given unreliable information during her various interviews with the state.  As a criminal defense attorney you usually never want your client to make statements to the police.  Only in very limited situations would you even consider making a statement to the police and generally you would seek to obtain some sort of plea and cooperation agreement.  I would say that it is a golden rule of criminal defense that if you are going to go in and make a statement to the police that you have to be 100% truthful.  If you try to speak with the police and makeup lies it is not going to help your case.  Of course, if you have been following the new news, MT’s new lawyer, realizing the giant hole that MT’s idiotic “statements” to police have dug her into has come up with the often used “language barrier” defense. Since most of the interviews with the police were no doubt videotaped it will probably be up the jury to decide whether MT understood English sufficiently or not.  I have no personal knowledge of MT’s proficiency with English so I won’t comment on this at this time.

In my opinion, the situation for MT is going to get much worse now. The state has invested millions of dollars in the investigation of Jennifer Dulos’s death and the search for her body.  The public at large is greatly interested in the case.  If Fotis Dulos was still alive then MT could have become a witness against Fotis Dulos and earned a lesser sentence for her cooperation.  In my opinion with the death of Fotis Dulos MT becomes the chief target of the prosecution and the state has no incentive to offer her any plea offer.  This may be the reason why she suddenly fired her lawyer and hired a new more aggressive lawyer.

The suicide of Fotis Dulos does nothing to prevent the prosecution of the remaining co-defendants for the crime of conspiracy to commit murder.