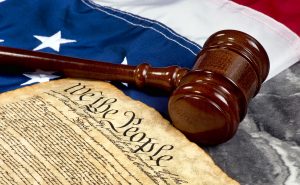 “The Police didn’t read me my rights!”

This is one of the most common comments Connecticut criminal lawyers hear from our clients who have been arrested by Police.  I hear this at least once a week.  So, I decided to write a blog about the topic so I can share it with my clients when they have this question.

My clients are really concerned because often the police never read them their Miranda rights. People think if the police did not read them their rights that means we can get the case against them tossed out.  The short answer is generally no but it depends on the specific circumstances of your case.  It is always best to consult with an experienced Stamford criminal attorney regarding your case, especially before you answer any police questions.

What I am going to do in this blog is explain what these Miranda rights are, . . .  and how they apply to a criminal case.  A lot of people have seen a lot of TV shows where the police carry around a small card which they use to read suspects their “rights” and for this reason people think that the police have to do this every time they make an arrest.  This is not correct.

Miranda is a Supreme Court decision that was issued back in 1966, in response to really hard core police interrogation techniques at that time which were so draconian they were known by the nick name the “third degree.”   The police may have softened their approach but they still play by a dirty set of rules even today.   Lets’ call today’s approach the “second degree.”  Back in 1966,  people were often subjected to really intensive interrogations by the police and coerced into making confessions to crimes without being advised of their right to counsel. This was a really low point in our system of justice where a lot of innocent people were forced to confess to crimes they never committed by  overly zealous police who assumed that they had the “right guy.”

The Supreme Court found in the Miranda case that there were too many times where police were forcing, ticking or coercing  confessions or statements out of suspects.   So the Supreme Court required that before the police are going to interrogate somebody who they have in their physical custody they have to give them a series of warnings.   These warnings are what is know as your Miranda rights or being Mirandized when you are arrested before you are questioned.

The Court required that the police inform you:

That is basically what your Miranda rights are.

A key takeaway for Miranda is that you have to be 1 – “in custody” and 2 “being interrogated” for the protections to apply.  A lot of police interactions are not custodial arrests and are not interrogations.

In 90% of your encounters with Connecticut police your Miranda rights will never even come up due to several reasons.  In most cases the Police do not need your voluntary statements in order to secure enough evidence to arrest you.  In other situations the police will trick you with manipulation techniques into giving a voluntary statement.  One of the classic methods they like to use here in Connecticut when you are suspect in a criminal investigation is call you up and ask you if you want to “give your side of the story?”  This is particularly the case in sex crimes and domestic violence case investigations. At this point you are clearly not in custody so everything you say will be used against you and they don’t have to read you your rights first. Don’t fall for the bait.  No matter how tempting it may be to speak your mind you are only digging yourself deeper into the hole.

Other times they will tell you that things will go “easy” for you if you speak to them.   So many of my clients have signed “waiver of rights” forms which clearly set forth all their Miranda warnings and proceeded to give voluntary statements against themselves because the police used mental manipulation and coercion to trick them into signing the form.

Do yourself a favor and never speak to the Police without first speaking to an experienced Stamford criminal lawyer.

If you follow my advice you will never need a Miranda warning because you will never – ever – speak to the police without first contacting a Connecticut criminal lawyer.